On his first day of work at LF Rothschild, Jordan Belfort received some unexpected advice from Mark Hanna, a successful stockbroker. According to Belfort, Hanna advised him to take frequent breaks to cope with his new, crappy job, during which he recommended jerking off. “And I also strongly recommend the use of drugs, especially cocaine,” Hanna added, “because that’ll make you [call clients] faster.”

A few hours later, while enjoying cocaine and martinis at lunch, Hanna told Belfort again, “I promise you that cocaine can definitely help you get through the day around here!”

Now famous as the protagonist of The Wolf of Wall Street, Belfort quickly became the epitome of the alcoholic, greedy, cocaine-snorting stockbroker of the 1970s and 1980s. Men like Belfort believed that cocaine powered them through endless hours of work and parties – as if the mantra “work hard, play hard” could be found in one miraculous powder. When Belfort owned his own firm, he responded to business challenges by ingesting cocaine. “My heart was beating faster than a rabbit’s… and I loved it,” he wrote of one such time. "My mind was in overdrive and I had everything under control.”

From afar, Wall Street’s obsession with cocaine seems to represent the excess of stock bubbles and boom years: the irrationality, the disregard for rules, and the party atmosphere. Yet turning to a substance for its supposed superpowers is not unique to the Gordon Gekko era. In the late 1600s and early 1700s, as men in London and Amsterdam developed the first thriving financial sectors, they craved a strange, tarry drink arriving from the East that seemed to sharpen their wits and keep them focused all day. This drink, which was the cocaine of its day, was coffee. 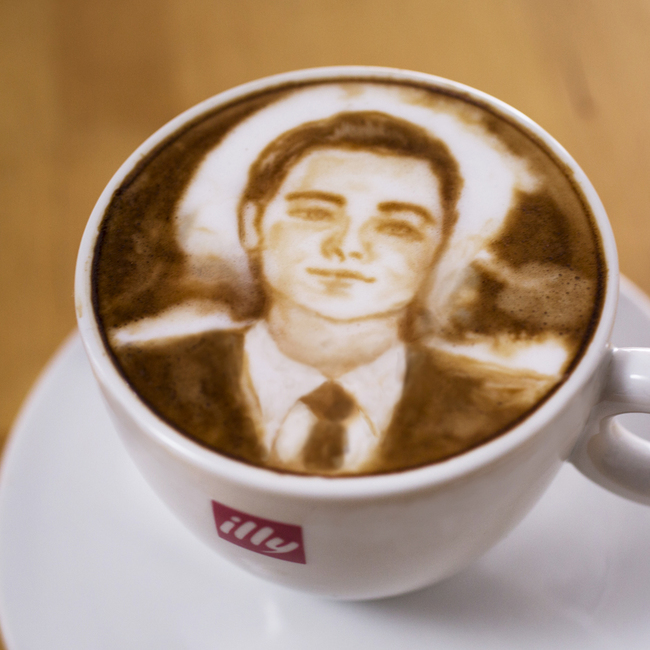 We at Instavest believe in helping our members invest smarter by sharing curated insights and research about breakout stocks – and not by ingesting substances. But we do keep plenty of coffee in the office. These interests led us to investigate the strangely parallel histories of cocaine, coffee and Wall Street.

“The Beverage of Commerce”

From the time of the Crusades into the 17th century, Europeans venerated the spices arriving from India and Indonesia. Those who could afford them consumed cinnamon, nutmeg, and even pepper with a relish reserved for $2,000 truffles today. When Europeans imagined paradise, they smelled ginger, cloves, and cinnamon.

Europeans received coffee, which first appeared in earnest in the late 1600s, with the same romanticism. When a coffee-drinking, Ottoman ambassador arrived in Paris in 1669, he inspired Parisians to dress up like Turks, drink coffee, and feel exotic and fashionable. In the commercial centers of London and Amsterdam, according to historian Wolfgang Schivelbusch, people took an interest in the mysterious qualities of this “wine of the Arabs.”

Europeans first treated coffee as a medicine. Doctors and hucksters promised coffee beans were a panacea that could treat everything from gout and scurvy to headaches and miscarriage. Once coffeehouses opened, Europeans marveled at coffee’s ability to sharpen wits, provide a boost of energy, and enliven gatherings. The owner of an early London coffeehouse promoted the drink as “making one fit for business.” In 1722, a French aristocrat wrote:

Great is the vogue of coffee in Paris. In the houses where it is supplied, the proprietors know how to prepare it in such a way that it gives wit to those who drink it. At any rate, when they depart, all of them believe themselves to be at least four times as brainy as when they entered the doors.

Just as stockbrokers on Wall Street saw cocaine as the key to superhuman stamina, Europeans viewed coffee as a panacea that made them healthier, smarter, and more alert. A 17th century poem described coffee as an “all-healing berry” sent by heaven that “heals the stomach, makes the genius quicker… and cheers the spirits.” Coffeehouses became centers of intellectual life: artists met there, the King of France attempted to shutter them to prevent people from plotting revolution, and Isaac Newton dissected a dolphin on a coffeehouse table. The first modern newspapers worked out of coffeehouses and developed by printing the news shared over coffee.

No one embraced coffee more, however, than businessmen and financiers. One did not catch up with friends in coffeehouses; they were for business, and women were often banned. Lloyd’s Coffeehouse is the most famous example. Frequented by financiers, Lloyd’s began publishing a trade publication called Lloyd’s news. As its patrons increasingly specialized in insuring business ventures, it transformed into an association of insurance brokers. Today, Lloyd’s of London remains the world’s foremost specialist insurance market.

Parisian coffeehouses became famous intellectual centers, but it is in commercial London that they thrived. By 1700, London had thousands of coffeehouses – as many as 1 for every 200 people according to some accounts – compared to dozens or fewer in cities like Paris and Venice. Caffeinated on one cent coffees, traders developed new financial instruments to develop the trade of a valuable new commodity: coffee. We can only imagine how creative Wall Street would have gotten if they needed to finance the procurement of a reliable supply of cocaine.

Even if coffee’s benefits were exaggerated in the 17th and 18th century, it may seem silly to compare it to a dangerous, addictive substance like cocaine. Yet coffee was not a pleasant beverage at the time – it was prepared in such a way that Europeans drank it despite a foul taste they compared to “soot” and “shit.”

Nor was coffee accepted as the humdrum beverage it is today. Based on the humor-based medicine of the day, doctors warned that coffee’s dry qualities (since the beans are roasted) led to dangerous imbalances. Other skeptics cautioned that the extra hours of alertness, “wrested from Nature,” took a toll on the body. Many believed coffee was dangerous – a belief that only seems odd because coffee is now so familiar. Europeans debated the benefits and risks of chocolate and tea, which first arrived in large quantities in Europe around the same time, with equal fervor. Opinions tended toward each extreme.

In 1600, clergymen asked Pope Clement VIII to declare coffee unfit for Christians. They viewed it as sinful, like overindulging in alcohol. When the pope sampled the drink, however, he found it delightful and sanctioned it. Two centuries later, Pope Leo XIII did the same for cocaine.

When cocaine spread in finance circles in the 1970s and 1980s, it was a throwback to the appearance of cocaine in the United States in Europe.

Although coca leaves have played an important role in many South American cultures since BC times, cocaine as experienced and understood as an illicit drug emerged in the mid to late 1800s. Users bought it in ointments and beverages; one of the first was Vin Mariani, a wine invented by an Italian chemist and treated with coca leaves. The most famous drink was Coca-Cola, a cocaine-containing wine created by a pharmacist in Atlanta, which he transformed into a soda during prohibition. Once chemists learned to isolate the cocaine, it was also sold in powder form in pharmacies and department stores.

Cocaine’s reception was remarkably like coffee’s two hundred years earlier – although with less talk of a downside. Pharmacists and doctors touted it as an anesthetic and cure for tuberculosis, morphine addiction, depression, fatigue, and much more. The inventor of Coca-Cola marketed it as “offering the virtues of coca without the vices of alcohol.” He described another coca wine as “an intellectual beverage” that benefited those “devoted to extreme mental exertion.”

Cocaine had no shortage of prominent boosters and users in the 1800s who used it – like Jordan Belfast would in the 1980s – to work better and longer. Freud wrote a tome on cocaine that praised its medicinal uses and how it allowed long, intensive work to be performed without fatigue or unpleasant after-effects. The pope awarded Vin Mariani a gold medal and described it as useful to fortify himself “when prayer was insufficient.” Famous writers like Arthur Conan Doyle and Robert Louis Stevenson swore by it, and Presidents McKinley and Grant, as well as Queen Victoria, all used cocaine.

Cocaine did not assume its status as a harmful drug until the 1900s. Freud cooled on the substance as he and his patients struggled with addiction. The press wrote in explicitly racist fashion of the dangers of “negro cocaine fiends.” In 1914, the U.S. government made cocaine illegal.

When cocaine use became synonymous with Wall Street in the 70s and 80s, it was a throwback to the drug’s popularity at the turn of the century. Once again, cocaine was glamorized in pop culture, described as the “harmless” drug, and favored by artists, the party crowd, and, of course, Wall Street types. The wheel of time is eerie: cocaine fell out of favor in the 1980s when it became associated with the “crack epidemic” and, in racially coded language, the problems afflicting poor, black neighborhoods.

It’s open to debate whether cocaine use has faded from Wall Street or whether Masters of the Universe continue, as one therapist has said of one third of his clients, to use it to feel more “energetic, powerful… and on top of the world". Many insiders say the current substances of choice are stimulants like Ritalin, which are prescribed for Attention Deficit Hyperactivity Disorder. In Silicon Valley, nootropics – “smart drugs” composed of legal substances – are in vogue. In high pressure environments, people will always be tempted by substances they think may give them an edge.

As an economic commodity, coffee is no longer as important as it was during the days of the British and Dutch East India Companies, when it drove the development of colonial empires, stock markets, and financial instruments. And given its legal status, cocaine’s connection to high finance has mostly been limited to personal use.

Yet coffee remains big business. It is a $30 billion a year industry, and businesses and investors lock in and bet on coffee prices in an active futures market. Members of Instavest specialize in analyzing obscure companies - i.e. those like Green Mountain Coffee, the maker of Keurig - that was under the radar until its stock shot up 53% when Coca-Cola bought a 10% stake in the company. Although the company was a Wall Street darling, it was a popular (and eventually successful) short-sell among hedge fund traders: last week the Green Mountain CEO “lost $143 million in minutes” when he announced low sales and the stock tanked. Coffee companies are a popular topic among investors. 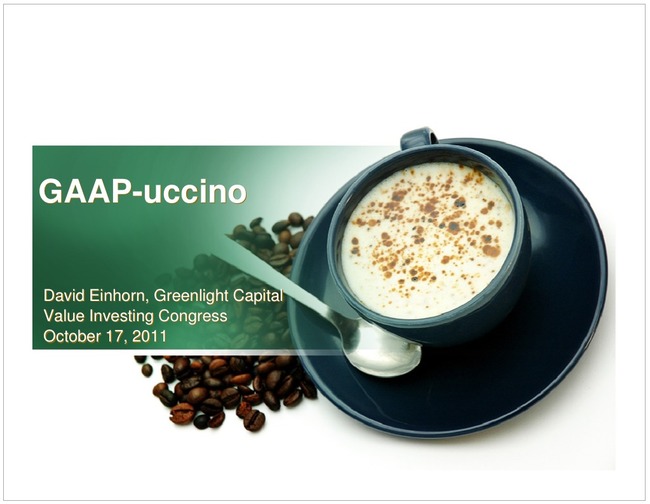 Despite their strangely similar histories, coffee has left a greater legacy than cocaine. Not only have billions of people drank coffee to wake up and power through the work day, but in the 1600s, Europeans drank coffee instead of beer. Given that Northern Europeans at the time ate beer soup for breakfast and drank an average of 3 liters of beer a day due to a lack of clean drinking water, some historians credit coffee with liberating Europe from a drunken stupor and facilitating its intellectual and economic advancements.

Even if coffee can be addictive and give you headaches when you don’t get your fix, those are some great side effects.

Use promo code FLY02 and get $50 to sign up and replicate the world’s best investments on Instavest.

1. Whitenoise With a couple of lines of config, WhiteNoise allows your web app to serve its own static files, making it a self-contained unit that can be deployed anywhere without relying on nginx, Amazon S3 or any other external... Continue →