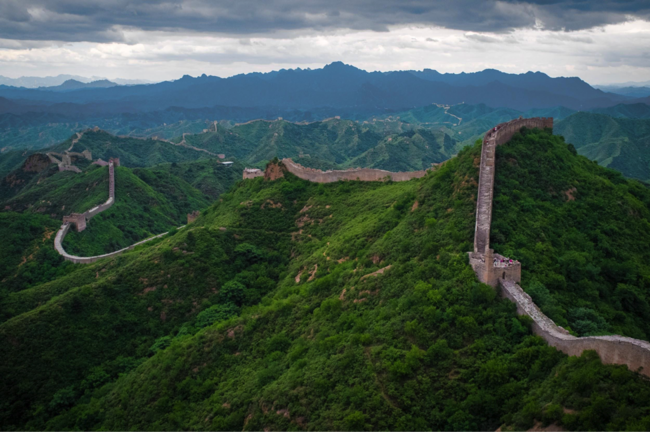 The biggest financial firms of the world — like Morgan Stanley, J.P. Morgan, Goldman Sachs — are multifaceted entities, with many roles. They consult the financial activities of corporations and of individuals. They manage investment and issue recommendations, both to their clients individually, and in the form of public reports. They’re banks, which lend money, and store it at interest, and which underwrite (assume liability for) major fiscal events, like a company’s initial public offering (IPO) of stock on the public market.

This diversity of functions opens the door to many potential conflicts of interest. A firm could potentially abuse its influence in one branch to make money overall.

What has been called a “Chinese wall” is said to exist between the different sectors of a financial firm to prevent these conflicts — including between the IPO underwriters in a firm, and the analysts responsible for valuing them to the public. Information that the underwriter has, that the public doesn’t, is forbidden from being shared with analysts. To help enforce this, analysts in a firm are not allowed to talk to the underwriters of an IPO without a legal chaperone.

But, as economic and financial research has shown, this “wall” might not be particularly effective at preventing conflicts of interest and abuses of power. According to several studies, analysts who are affiliated with firms that underwrite IPOs are significantly more likely to rate those companies favorably, especially if the stocks do poorly aftermarket and are in need of a “boost.” And those ratings influence investor behavior.

Some investors have based successful investment strategies on betting that analyst research is still biased — we’ve seen this first hand Instavest (more on that and the data behind it below.

A History of a Wall 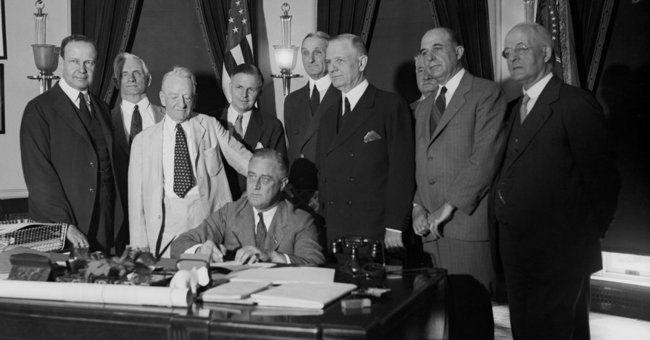 In the finance sector, conflicts of interest began to be regulated during the Great Depression. The Glass-Steagall Act, passed in 1933, prohibited commercial banks from owning securities brokerage firms. The point was to separate commercial and investment banking, in order to prevent conflicts of interest which were believed to contribute to the 1929 economic collapse.

The 70 years that followed saw the slow, piecemeal deterioration of these regulations through loopholes and legislative reform.

In 1998, Citicorp – a bank holding company – wanted to merge with Travelers Group – an insurer. For that to be legal, Congress granted them an exception to what remained of Glass-Steagall, and the Bank Holding Company Act of 1956. Less than a year later, Congress passed the Gramm-Leach-Bliley Act, which overturned large parts of both acts, including the Glass-Steagall prohibition, “against simultaneous service by any officer, director, or employee of a securities firm as an officer, director, or employee of any member bank.” The explicit prohibition against fully merging the operations of a bank and brokerage disappeared.

One argument for Gramm-Leach-Bliley was that banking and investment were two sides of the same coin – people generally invested in stocks when the economy was good, and put their money in a savings account when it was poor. By doing both, financial firms could be robust to economic fluctuations. Another argument was that many of these financial institutions had already managed to diversify their operations, offering both savings and investment opportunities to their customers.

But, when the tech economy plummeted in the early 2000s, it seemed to many to reveal a dark side to all this deregulation.

It was discovered that analysts of new tech stock had been using their authority to influence investment patterns to manipulate the market in their favor – or in favor of the firms they worked for. According to blogger Lisa Smith, writing for Investopedia, “Big-name analysts were privately selling personal holdings of the stocks they were promoting.” Because of their firm’s loyalties, and sometimes because of their personal commission-based payment structure, some of these analysts had been directly pressured to publish positive analyses of companies, they personally believed to be poor investments.

Some analysts actually owned pre-IPO shares of the companies they were analyzing, thus stood a lot to gain if the stocks were successful. If they convinced enough of the public to invest, they could artificially drive the stock’s price up. If they sold their shares in that bubble, they could disproportionately profit off of a bad investment.

The Sarbanes-Oxley Act of 2002 came in the wake of these realizations. While it did not reinstate Glass-Steagall-like prohibitions, it tried to require firms strengthen “the wall” between analysts – who are supposed to be objective – and everyone else in the firm, including underwriters.

Even so, many remained skeptical. “Despite the best efforts of regulators,” Smith wrote in 2013, “the Chinese wall has proven ineffective at thwarting intentional information-sharing between various parts of financial services organizations. Every little niche that can be exploited is exploited (much of it too complex for the average investor to understand).”

Investing In a Conflict of Interest

That skepticism, it seems, is warranted. To anybody aware of the structure of this system, the remaining potential for conflicts of interest is obvious. The SEC even has a page warning against following analyses that come from the same firms that underwrite an IPO. “The analyst’s firm may be underwriting the offering,” they caution. “If so, the firm has a substantial interest—both financial and with respect to its reputation—in assuring that the offering is successful.”

The fact is, if the lending branch of a firm underwrites an IPO, the investment securities branch is more likely to provide a positive analysis of that company.

This is a well-documented, multifaceted phenomenon. Analysts who are affiliated with firms that underwrite IPOs are significantly more likely to rate those companies favorably. Those ratings influence investor behavior, even when the firm’s relationship with to the stock as underwriter is exposed.

One of Dion’s investments on Instavest – he bought shares October 12, and sold them October 14. You can see Don’s analysis here.

As mentioned above, this trend is so reliable that some people exploit it as an investment strategy. Don Dion, one of the most popular investors on Instavest, does this regularly.

The Upside is Meaningful

After an IPO, there’s a 25 day period known as the “Quiet Period” during which the underwriting firm cannot publish reports about the company. “The report tends to be positive,” Dion says, “which tends to make the stock go up.”

Dion buys shares of a stock about five days before its quiet period ends. Then, he sells on the day the report is released. Dion says the five day lag is because his strategy is common enough that it drives the price up in the few days before the quiet period ends. “We’re not the only ones who have figured this out,” Dion says.

Of his trades of this kind on Instavest, Don made an average of 2.3% on his buy price. He did this 8 times on Instavest this year, though he says he’s implemented it more, off of the platform. While 2.3% might not sound like a lot, his compound returns have been 9.55% over 127 days. This is the phenomenon that Dion is betting on — if he is able to continue replicating the strategy, that would result in annual returns of 29.97%. 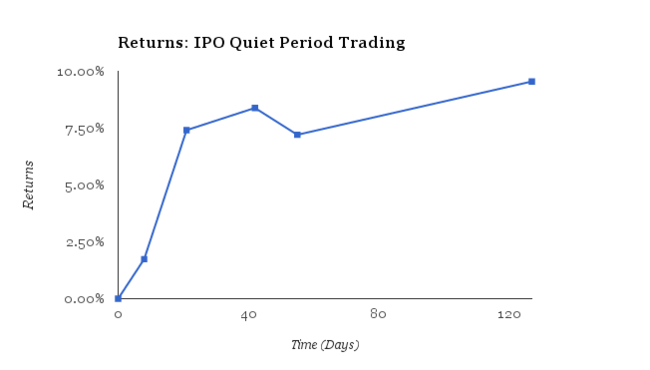 “We’ve been doing this for 4 years,” Dion says. “We typically see a positive return 2/3 of the time.” He says that return averages at around 3-4%. He pays attention to other factors, too, that he thinks make a difference. According to Dion, big bank underwriters like Morgan Stanley or Goldman Sachs are more likely to produce a bump than a no-name. And a stock is also more likely to bump if it’s already above its initial valuation.

It might come as a surprise that this mini bubble phenomenon, which stems from an apparent conflict of interest that shouldn’t exist, is reliable enough for an investment strategy. But Dion is nonplussed. He discovered this strategy by reading academic research on how it theoretically should work, and why. Then, he got in touch with the researchers, and decided to run an “experiment” with his own money.

“It’s not a controversial thing,” Dion says. “But you gotta have the money to do it, and you gotta do it right.”

Haven’t heard of Instavest? We enable investors to find the world’s most profitable investments and investment strategies. Sign up today for free to access high quality research and partner with great investors like Don Dion.

Bitcoin has hit mainstream. Despite this, basic questions still remain - is it a currency or a commodity? Will governments support it? Will the banks eventually use it? Bitcoin has been mired in debate since it’s inception. In August,... Continue →