Whole Foods Market (WFM) has been a pioneer in organic food since it’s opening in 1980. The company went public in 1992 with just 10 stores, hoping to have 100 locations some day.

Today, Whole Foods operates 431 stores and is worth $11.5 billion. The supermarket chain played a monumental role in promoting healthy, organic, and natural products. However, in the past year, it has been mired in controversy. Mis-pricing scandals, $6 jars of asparagus in water - mocked as part of a larger segment by John Oliver on Last Week Tonight on HBO, and a reputation of “Whole Foods, Whole Paycheck” have hurt the business, with some consumers so outraged they called for a boycott.

Once America’s progressive darling, Whole Foods seems as though it may have fallen from grace. 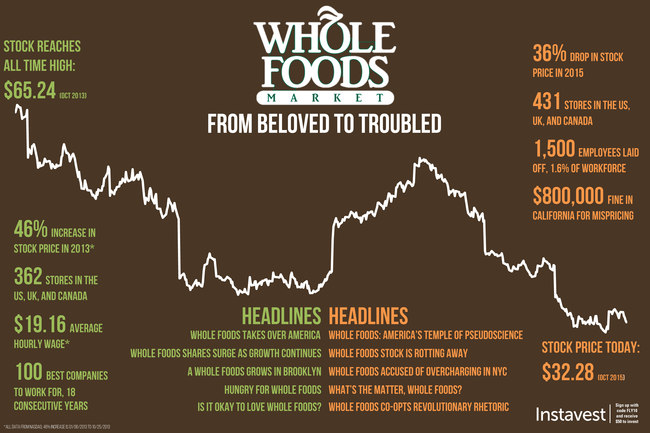 Bitcoin has hit mainstream. Despite this, basic questions still remain - is it a currency or a commodity? Will governments support it? Will the banks eventually use it? Bitcoin has been mired in debate since it’s inception. In August,... Continue →